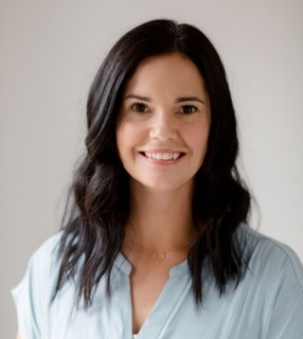 Lindsay began working with her mother, Barb, in February of 2006. After completing an Honours Degree in Sociology at the University of Western Ontario, Lindsay moved back to her hometown of Tillsonburg and began the courses to become a licensed Real Estate Salesperson. In the summer of 2008 Lindsay continued her education getting her Brokers License.

Lindsay quickly became involved in the town, sitting as a Director on the Tillsonburg District Chamber of Commerce for almost 5 years. Lindsay also spent a lot of time volunteering with Big Brothers/Big Sisters, as an in-school mentor, big sister and co-ordinator for 3 Go Girls! groups. Lindsay was the Alumni Chair for the Reliving the Legacy Campaign which raised $1 million dollars to complete a whole gymnasium at Glendale High School. Lindsay became involved with the Tillsonburg District Real Estate Board in 2009, spent two years (2013, 2014) as President and 2 years as Past President of the Tillsonburg District Real Estate Board. In 2015 Lindsay sat on the Young Professionals Network with the Ontario Real Estate Assoction (OREA), and in 2016 & 2017 she has had the honor of sitting on the Federal Affairs Committee at the Canadian Real Estate Association (CREA). She also currently sits on the Development Committee for the Town of Tillsonburg as the Real Estate Representative for Tillsonburg. Lindsay began volunteering on the Turtlefest Block Party Committee in 2018 and continues to serve on the that Committee to help organize, fundraise & help put all the pieces together to make that event happen. She brings fresh new ideas into the business, taking courses to help keep things new and innovative, helping our clients be a step ahead of the rest.

Lindsay married her husband, Andrew Jacko in July of 2013. Andrew owns his own plumbing business that services Tillsonburg and surrounding areas. Together they are big supporters of the Town and bringing new business to the area, supporting local independent business is important to them. In September of 2014 they welcomed their first daughter into the world. In 2017 they welcomed their second daughter into their family. They reside on the outskirts of Tillsonburg and love everything this beautiful town has to offer.